How do I Trade in AIMS Live Trading Room

#raklian asked a question. He wanted me to further clarify a concept.

I thought to myself, well that’s the reason I presented you with AIMS The Fruit 180 Pages eBook with explanation of that concept and plenty of pictures.

I was waiting for that ideal pattern to happen just after the Fed’s Powell was about to speak. Meanwhile Fed Bullard was also chirping.

The Dow, such a mighty beast it is, very volatile these days, was sideways on the M1 chart. It created a Box, It needed that breakout. And finally it happened.

So the following Screenshots shows how the ANSWER to The Question was presented in THE FORM OF LIVE TRADES. It was fun.

Story of the Campaign on DOW

At News Price broke. up, met with resistance and created an angle after dashing up nearly a 100 points.

Creates angle and Fruit signal becomes the last piece of the puzzle. I get to test the waters with .1% entry at fruit. FE

Immediately it drops 2 bars, and starts to pull up. i’m thinking, is it just a pullback, will it go up instead I’m waiting. (trying not to get out, telling myself, you will be proven wrong when and only when it goes above the high of the fruit bar)

Price pulled back up, to where my FAO would have been, i took market order.

at 20.06 price breaks, immediately I say to myself, shoot, I could have added one more below the box, it would have been .3%.

in two bars 20.06-.07 it dropped by 72 points. now x 3 = running profit shot up by 216 points. NICE
then it pulled up a little I hiteh exit for the add ons banking the profits.
and started trailing the last entry FE .. which I exited now as  Iwrite.

Trailed the last (position) one until it lost angle. then decided to close on green line close.

There is pleasure when you are able to follow your trade plan correctly. 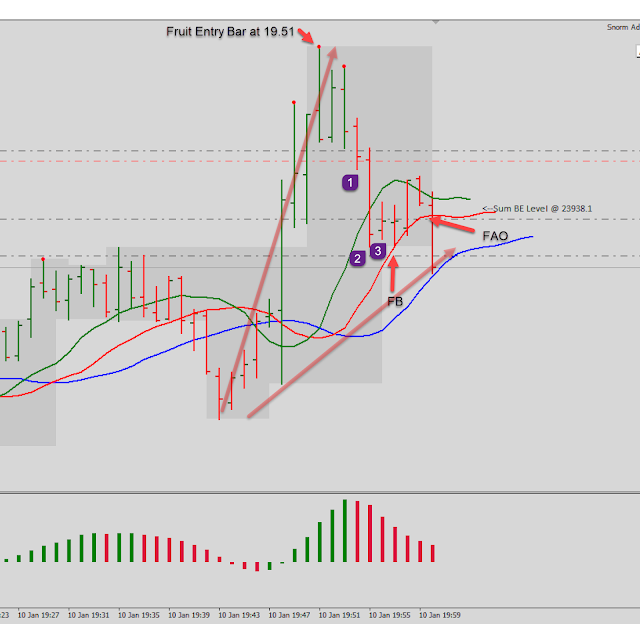 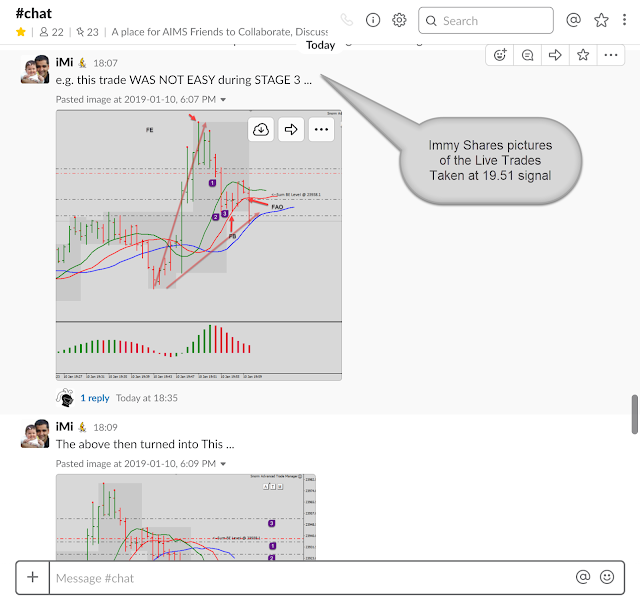 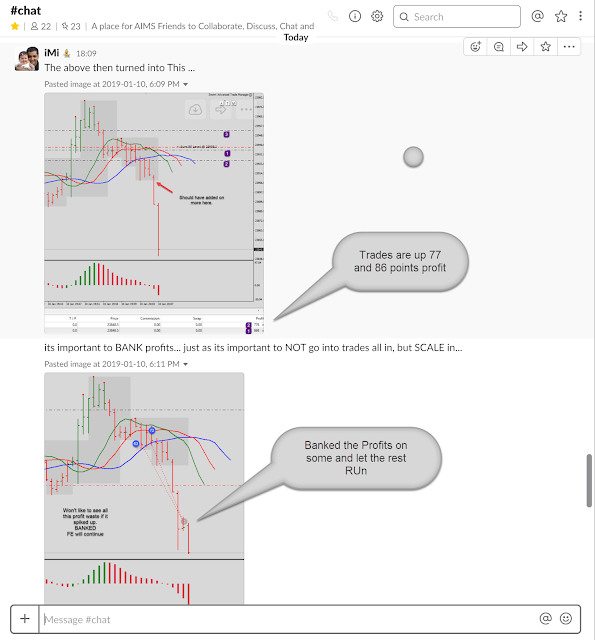 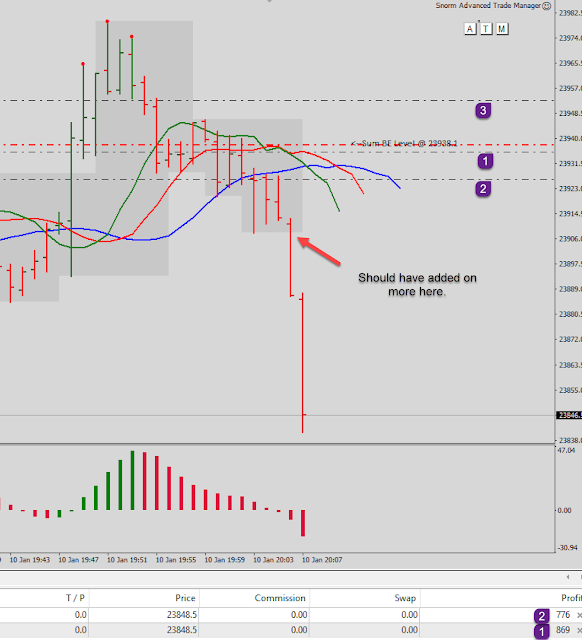 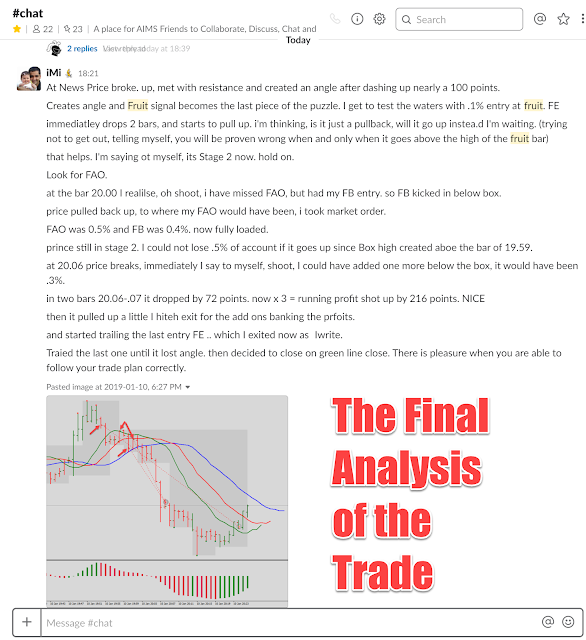 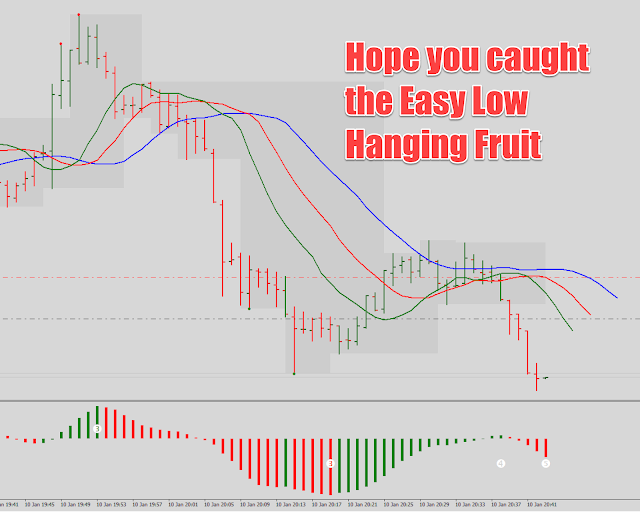