Day Trading and the Importance of Winrate vs Risk Reward Ratio 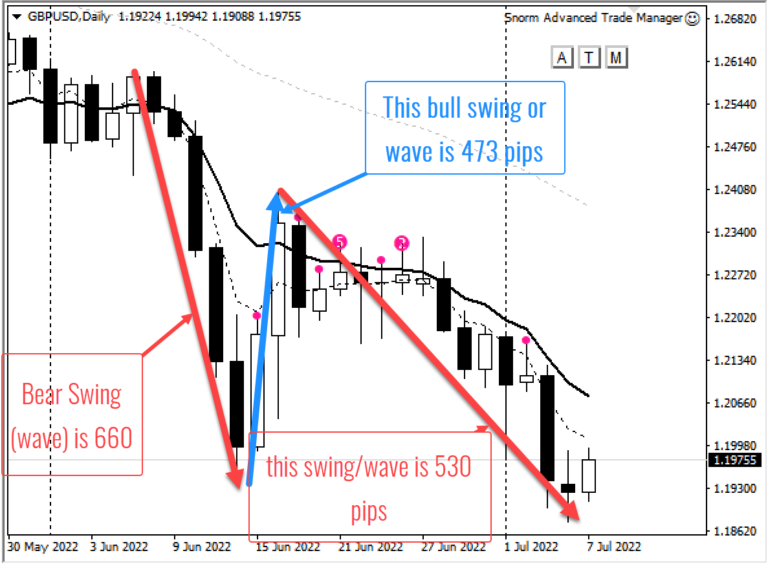 When it comes to trading, the one thing that most traders ignore is the risk-to-reward ratio and its relation to the win rate of the trading system.

Traders often trade a method without solid backtesting and without understanding the simple, very simple basics of mathematical or statistical calculations. Things like Ratios and Win rates are taught in secondary school (at least in the UK).

The formula is simple, my son Adam, was stood behind me and he came up with simple formula.

Now that we have that out of the way, we understand that if you keep your risk-to-reward ratio higher, you will need only a 25-30% win rate to be profitable over the longer term. But there is another question.

Can you go for 1:5 winners on the One Minute chart?

The question is, can you apply this to any time frame? Can you go for 1:5 Winners on the M1?

Unfortunately NOT. Because not all the time frames behave the same way. The M1 chart has its limitations. Often the spread n the buffer will take more than 25% of the average swing on the m1 chart. e.g. a market moves around 15-20 pips per swing, then you can’t take more than say, 10-12 pips of profit from such small swings. This is because some parts of the swing will be wasted trying to establish if it is worth trading the rest will be “wasted” on buffers and spread. Often 5-10% (sometimes even 20-30%) of your profit will be taken away by spread and buffer.

The Truth Behind “Fractal Similarity of the Market”

They will tell you that markets move the same in all the time frames, but it is not entirely true. When there is a powerful injection of cash or volume or trading, as the volatility suddenly spikes, the effects will be very different on all the time frames at a “given time”.

For E.g. an FOMC or NFP announcement might move the 1-minute chart to 100 pips but that could be slightly different or sometimes the same for 1hr chart, however how that h1 candle gets printed is different. At the same time, this might not have a significant effect on the daily or weekly chart. Sometimes, you see a 100 pips H1 candle, but when you drop to a lower time frame,e.g. the m5 chart, you find that 11 of those 12 candles were very small 5 pips candles. Only one candle was 100 pips because it was news. Drop further to m1 and you find it was just 1 candle of 100 pips.

When you look at the charts, in hindsight, they all look the same, but when you trade them, they form in a very different manner because as you switch the time frame, you are NOT changing price but you are changing the X-axis only, RATE of Change of price per time, that is TIME.

On the other side, you have some constants, such as spread and commission. The smaller the time frame, the HIGHER the spread and the higher the commission you pay in relation to the number of pips or points you again or risk. Lower time frames have a higher spread to swing ratio.

So, because the market is very chaotic (not in the sense of the Science of chaos) and noisy one has to be very selective and select the times when there is a higher probability of the market finding a STRUCTURE and moving in an organised manner. As we all know, here at AIMS at least, those times are often near the open or news-times. ( CIP = Chaos Influx Points)

If you trade on random times, your chances of success are close to zero because you’re dealing with noise. Now let’s come to the final conclusion. Can you go for 1:3 or 1:5 trades on the M1?

Yes, you can but the chance of hitting 5R trades is far lower on m1 than say, the H1 or D1 chart. It’s actually 3 times lower compared to the M5 chart. That is got a lot to do with finding very tight low-risk entries and slightly less with finding big winners.

e.g. look at this GBPUSD Daily Chart. Visually, the chart looks exactly the same as would any m5 or m1 chart. But look closely, the swings have a lot more pips packed inside them. Swing Down has 660 pips, the bullish swing has 450 pips and the next swing low has 500+ pips. Yet, if you look the bullish swing, it is only made of 2 candles.

Can your m1 chart, produce 400 pips within two normal candles?

Notice, that the spread and buffer remain the same and your winner are now in hundreds of pips. The commission goes down since your lot sizes on D1 chart are far smaller than the M1 chart.

The chance of 1:3 trades is still high. The game of M1 cannot be played like swing trading. You cannot rely on big winners on the M1 chart. It is technically possible, but there is a problem. It is more of a mental problem than a technical one.

The Mental Limitation of 1:5 Win rate and M1 time frame

The day trader sits down watching a 1-minute chart, adrenaline levels go up, cortisol is getting pumped and the excitement is building. The fear and greed factors are at play. On top of that, you have the “curse of m1 looming over your shoulders”.

What is the curse of M1?

The “Curse of M1” is a real phenomenon that applies to day traders when they are mesmerised by the sudden movement of choppy markets, they start REACTING to the market instead of taking Proactive trading decisions. They get tunnel-visioned and lose a lot of money in quick succession. When they snap out of this zone they are shocked as to why they could not stop themselves.

Imagine now, going for 1:5 winners, that means although your winners are very big, in doing so, your win rate has (in effect or automatically) fallen down to 25%.

That means, that nearly every session, or 1 in 4 sessions you will lose money. Only 1 in 4 sessions, that is just once a week, you will and win big and that one session will recover the losses.

The M1 chart is used for scalping so that you get in and out quick. This means you MUST try to keep a win rate above 40% at least, or else, you’d be better off trading a slightly higher, swing time frame.